This story was originally published on Global Voices. 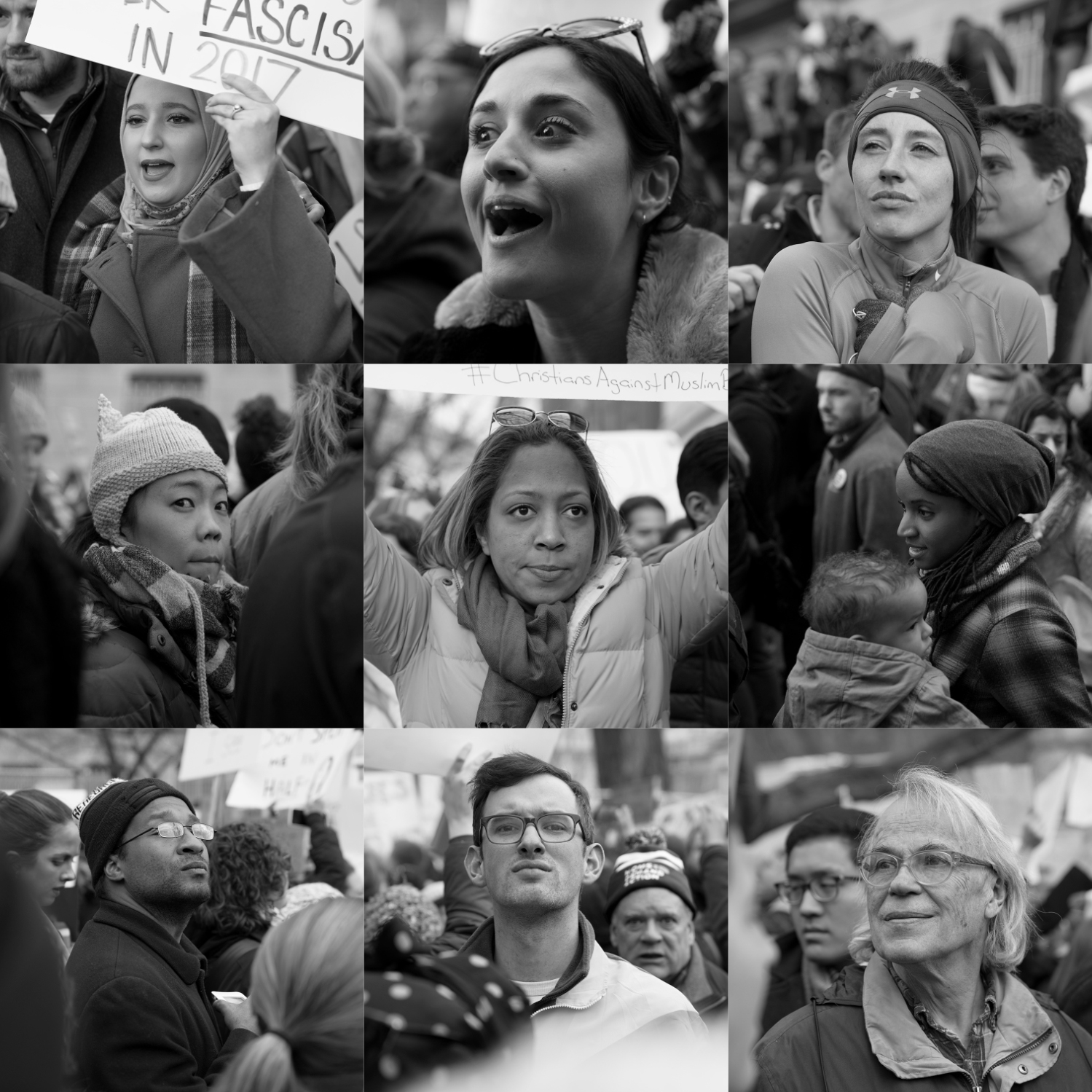 The residents of Washington D.C. came out of their houses and apartments last Sunday morning. They walked, biked and took buses down to Lafayette Square, in front of the White House, for a spontaneous demonstration, in tandem with other protests across the United States against Trump’s Executive Order banning entry to the U.S. for immigrants, visa holders and refugees from seven countries.

Perhaps 5,000 people, seemingly unaccustomed to protest. In a tightly-packed space between left-over fencing from the previous weekend’s Presidential inauguration, the event began with the same improvised spirit in which it was organized—through a Facebook page, then rippling across social media into the flesh-and-blood world.

In the absence of a stage or a clear leader, people in the crowd looked to each other for cues. They were less a mobilized march than a collection of individuals deciding, on the spot, how they should behave. Here were people coming out of their social media shells, out of communities defined by work or school and into a fully public civic space. There were rumors that political leaders attended, but they were not visible or audible from any of the vantages I achieved. Instead, people negotiated with others nearby, for space, for direction. And perhaps because this crowd was not united by any organizing principle other than the need to demonstrate resistance, those negotiations took place mostly in silence, with looks and nods and occasional gestures. 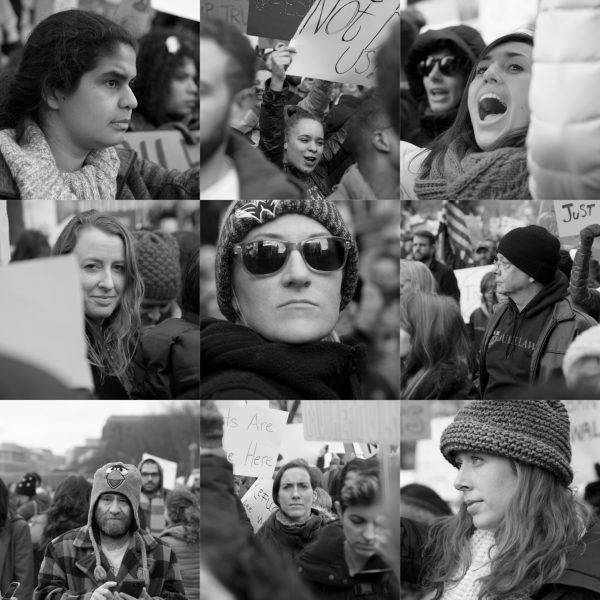 Perhaps they were angry, or determined, but the chants and calls of “Shame”, “No ban, no wall” and “No hate, no fear, refugees are welcome here” rose in restive pockets within the crowd, never reaching a volume or pitch that could be mistaken for aggression. As the crowd packed into the space from the rear, some took the initiative to announce a march along Pennsylvania Avenue, to the Trump International Hotel, and then onward to the Capitol. The jam broke, and we started moving. 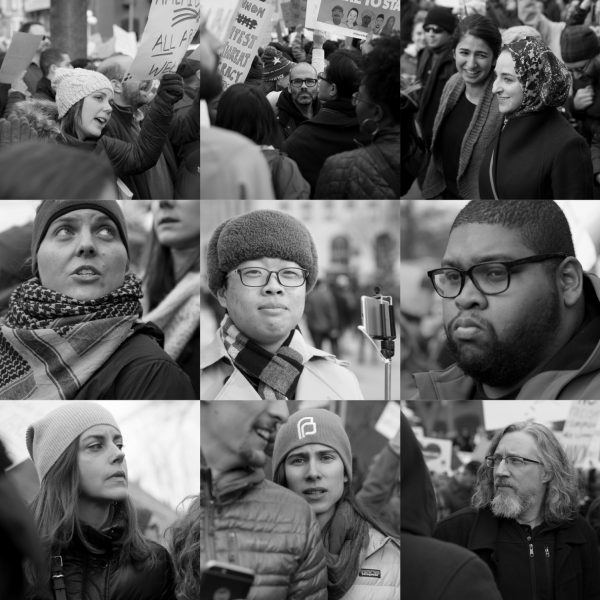